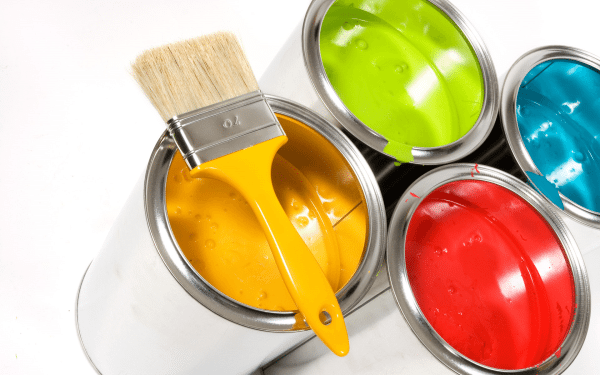 As summer approaches it makes me think back to last year when I worked the big Indianapolis Tox Drop event at Butler University. While there are several Tox Drop events throughout the year, this one is usually the biggest. That’s not really the point of the post though.

The point is that while I was there we collected more paint than I ever anticipated. I have since learned that, “Paint is the most prevalent household hazardous waste (HHW), meaning it makes up the most quantity, by volume, of materials received at HHW collection programs across the country. [1]”

Is my paint hazardous?

That said, another thing I learned at the event was that much of the paint people bring is not actually considered hazardous waste. This is because many people do not know the difference between latex based paint and oil based paint; the former being relatively harmless and the latter being considered hazardous.

You’re probably wondering, “How do I tell the difference between the different kinds?” Luckily, it’s pretty simple. Oil based paint will say on the can that it is oil based or alkyd. Latex paint will say that it is latex or “water based” or will list water as one of the primary ingredients. Once you have identified the type of paint you are working with, you can determine the best means of disposal.

What if my paint is latex based?

If the paint you have is latex based you have a few options. The easiest way to get rid of it would be to use it up. If that doesn’t work for you though, you have some other choices. While most states prohibit free flowing liquids (such as paint) being put in the trash, if you dry it out it is legal. You can do this by allowing the air to solidify it or by putting an absorbent, such as cat litter, into the old paint. It can then be safely disposed of in your regular municipal waste.

What if my paint is oil based?

If the paint is oil based it is considered a hazardous waste and must be disposed of differently. Your best options for oil based paints are using them up or taking them to a hazardous waste disposal event. In Indianapolis, they are called Tox Drops. These events provide a safe way to dispose of toxic paint.

So if you’re cleaning out your garage this summer make sure to check what type of paint you are dealing with so you can safely and legally dispose of it.