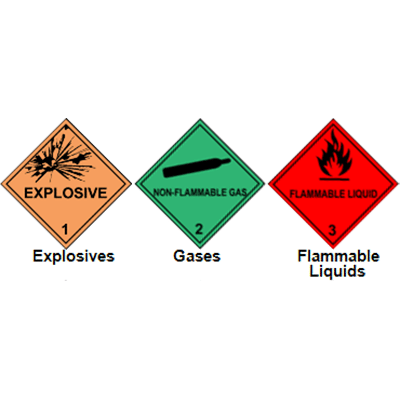 In our RCRA training programs, we provide information about the different hazard classes and their divisions, each division has a specific definition of what constitutes that type of material. A hazard class is the category of hazard assigned to a hazardous material under the definitional criteria of 49 CFR Part 173 and the provisions of the HMT at §172.101. A material may meet the defining criteria for more than one hazard class but is assigned to only one hazard class. The nine (9) hazard classes, numbered 1-9, are defined at 49 CFR Part 173. Of these nine classes, some are further broken down into divisions. For your reference, we will be defining these classes and divisions this week. Classes 1-3 are defined below, look for 4-8 on Thursday!