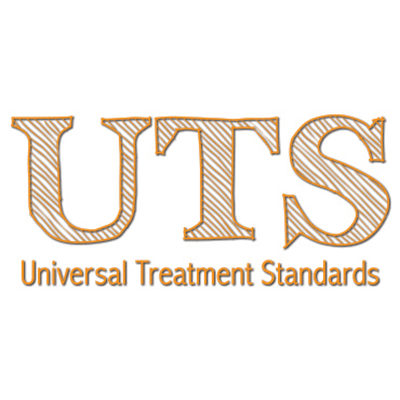 What are Universal Treatment Standards?

We have discussed Land Disposal Restrictions in a few previous posts. One post in particular titled “Why did the EPA Develop LDR Treatment Standards?” serves as an excellent lead in to today’s post. You may remember that when the EPA first designated LDR treatment standards they researched to find the Best Demonstrated Available Technology (BDAT) that would best reduce toxicity or mobility of hazardous components in a material. In finding these Best Demonstrated Available Technologies, however, they encountered another problem.

According to the EPA, the issue arose when it became clear that “the numeric treatment standard applied to an individual hazardous constituent, like benzene, could vary depending on the performance of BDAT on each listed or characteristic wastestream that EPA evaluated. For example, nonwastewater forms of the listed wastes F005 and U019 both require treatment for benzene; however, the treatment standard originally set for benzene in the spent solvent was 3.7 mg/kg, while the standard originally set for unused, discarded benzene was 36 mg/kg.” What this means is that different wastestreams were breaking down to different levels when subjected to the same BDAT. Because of this the standards were all over the board.

To fix that problem and to streamline and simplify the process the EPA studied the array of numeric standards that had been applied to the same hazardous component in different hazardous wastes. They then assigned one numeric value to each component for both its wastewater and nonwastewaters forms based on the aforementioned range of numbers. You can find a consolidated list of these numbers in 40 CFR §268.48.

After developing these Universal Treatment Standards (UTS), the EPA used the values assigned to hazardous constituents to adjust numeric levels found in the treatment standards table in §268.40. Doing so did not change the hazardous components that waste handlers have to treat in a particular waste; it simply amended the numeric standards. The result was that a component found in several different wastestreams now has the same numeric treatment level regardless of what the waste was part of. The EPA continues its example concerning benzene by explaining that after developing UTS, “the treatment standards found in §268.40 for F005 and U019 nonwastewaters…continue to address benzene, but EPA has adjusted the level for each to 10 mg/kg.”

This process helped the EPA not only because it streamlined existing treatment standards but also because it served as a stepping off point for wastes that would be identified or listed in the future. “When a new waste contains hazardous constituents that EPA has already addressed in UTS, the Agency [can] apply the existing BDAT-based numeric standards for those particular constituents.”  Similarly, if a new waste component is discovered it can be added to the UTS list.

All information for this blog post was gathered from the EPA document, “Introduction to Land Disposal Restrictions.” As always, this blog post is not intended to be comprehensive and it is always best to check with the EPA and local government for full, up-to-date, rules and regulations.