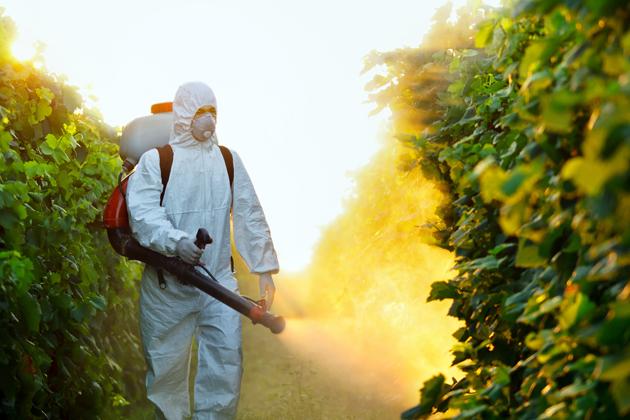 The 4 Types of Universal Waste

We’ve talked about universal wastes on our blog before but never in much detail. Today, I’m going to break down the four categories to help explain what is included, what is regulated, and where information regarding them can be found in 40 CFR. Before reading on, remember that any state specific regulations may vary and should always be varified with local government. That said, please continue reading for more information about batteries, pesticides, mercury containing equipment, and lamps.

This includes discarded primary (non-rechargeable) and secondary (rechargeable) batteries that contain elements such as cadmium, lead, or mercury, which would render them RCRA-hazardous.

Examples are nickelcadmium (Ni-Cad), sealed lead-acid, or mercury-oxide batteries. Lead-acid batteries (such as automotive batteries) that are generated, transported, or collected to be reclaimed, or regenerated, but not reclaimed where stored, under provisions of 40 CFR 266, Subpart G, “Spent Lead-Acid Batteries Being Reclaimed,” do not need to be managed as universal waste. However, waste lead-acid batteries not managed, or eligible for management, under 40 CFR 266, Subpart G, are subject to the Universal Waste Rule requirements. Lead-acid batteries that are stored at facilities that reclaim them are subject to RCRA regulation as specified in 40 CFR 266.80(b).

Many commonly generated waste batteries, such as dry cell zinc-carbon and alkaline (“long life”) batteries, typically do not contain appreciable amounts of the hazardous elements of concern, and hence would not be required to be managed as universal waste. However, they may be managed along with universal waste batteries, and this is encouraged in the interest of diverting them from less desirable disposal destinies such as incineration or disposal in solid waste landfills.

Several classes of discarded pesticides that would otherwise be regulated as characteristic or listed hazardous waste may be eligible for management under the Universal Waste Rule:

(a) Stocks of unused suspended or canceled pesticides that are subject to a voluntary or mandatory recall under the section 19(b) of the Federal Insecticide, Fungicide, and Rodenticide Act (FIFRA), or a voluntary recall by a registrant of a pesticide that is not in compliance with FIFRA;

(b) Stocks of other unused pesticide products that are collected and managed as part of a waste pesticide collection program.

This category was added to the Federal Rule at 40 CFR 273 on August 5, 2005.  It includes devices, items, or articles which contain elemental mercury that is integral to their functions and which would otherwise be regulated as a hazardous waste when discarded by virtue of exhibiting the toxicity characteristic (TC) for mercury (hazardous waste code D009).

Some examples of such items include mercury-containing thermostats (formerly a separate universal waste category in the original rule), thermometers, barometers, mercury switches, and certain types of meters, regulators, and gauges, in which elemental mercury is contained in ampules or otherwise enclosed and can be managed intact. This category does not include cathode ray tubes or other types of electronic equipment in which elemental mercury is not integral to function, nor does it include mercury waste that is generated as a byproduct through the process of manufacturing or treatment.

This category was added to the Federal Rule at 40 CFR 273 on July 6, 1999. The universal waste lamp category is slightly broader than its predecessor in that it includes lamps that are hazardous for any characteristic, not just for mercury. However, fluorescent light bulbs remain the most common item in this category of universal waste. This category does not include associated light fixture components such as ballasts.

Hazardous waste lamps become subject to this rule if they are hazardous waste under 40 CFR 261, and when they are permanently removed from a fixture or determined to be discarded.

A note about crushing: In adopting the Federal category of universal waste lamps, the Indiana rule has added a prohibition against intentionally breaking or crushing waste lamps that are managed under the reduced requirements of the Universal Waste Rule.

This is a consequence of the interpretation that crushing of hazardous waste bulbs is treatment, which is explicitly prohibited under the Universal Waste Rule (40 CFR 273.11(b) and 273.31(b)). The only circumstance where hazardous waste lamps may be crushed is when they are managed as fully regulated hazardous waste (rather than as universal waste) which is treated (i.e., crushed) in tanks or containers by the generator of the waste under the implied generator treatment allowance in 40 CFR 262.34, and in conformance with all applicable hazardous waste management standards. Check with local government to find regulations like this applicable in your state.