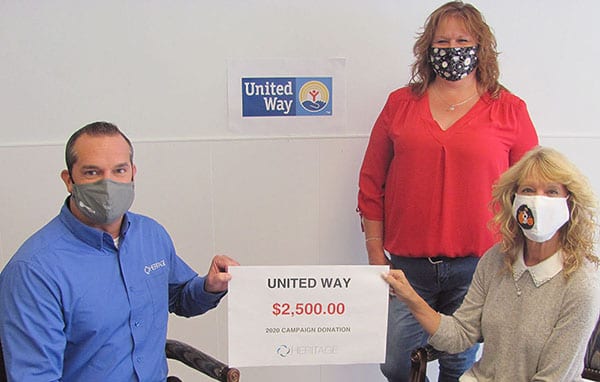 EAST LIVERPOOL, Ohio – Heritage President of Incineration Services Christopher Pherson presents the facility’s $2,500 donation to Candy Faloon, executive director of the United Way of Southern Columbiana County. Joining them is Karen Montgomery of Heritage who also serves on the United Way’s board of directors.

The company is a long-time donor to the local United Way, which supports 10 front-line agencies that provide important social services to those in need. Now, perhaps more than ever, the local chapter needs community support to fulfill its mission. The pandemic has caused the cancellation of several fundraising events and the chapter must now count on donations from companies and individuals to meet its goal of raising $90,000. 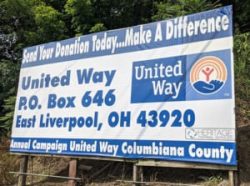 To help build awareness, Heritage has donated its billboard in East Liverpool’s East End to highlight the campaign. Thousands of motorists pass by the billboard daily.