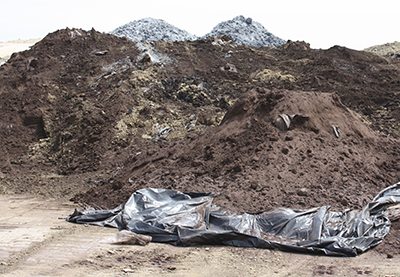 It is important to note that as with any hazardous waste, RCRA prohibits land disposal of contaminated soils until they have come to meet LDR standards. What changed for contaminated soils was the ways in which they could treat the waste to meet the standards. According to the EPA, “a facility may treat contaminated soil to meet the waste-specific treatment standard in §268.40, (i.e., the same standard the waste would have to meet if it was newly generated rather than found in soil) or to meet the soil-specific standards in §268.49. The soil standards mandate reduction of hazardous constituents by 90 percent, capped at 10 times the UTS. This means that if a 90 percent reduction of a particular constituent would bring the constituent concentration to below 10 times the UTS level, treatment need only achieve the 10 times UTS level. If the 90 percent reduction is higher than 10 times UTS, treatment need only achieve the 90 percent reduction.”

All information for this blog post was gathered from the EPA document, “Introduction to Land Disposal Restrictions.” As always, this blog post is not intended to be comprehensive and it is always best to check with the EPA and local government for full, up-to-date, rules and regulations.